The aim of Benchrest is to remove the physical element from the sport, to focus on extreme accuracy and extracting the most from the equipment. 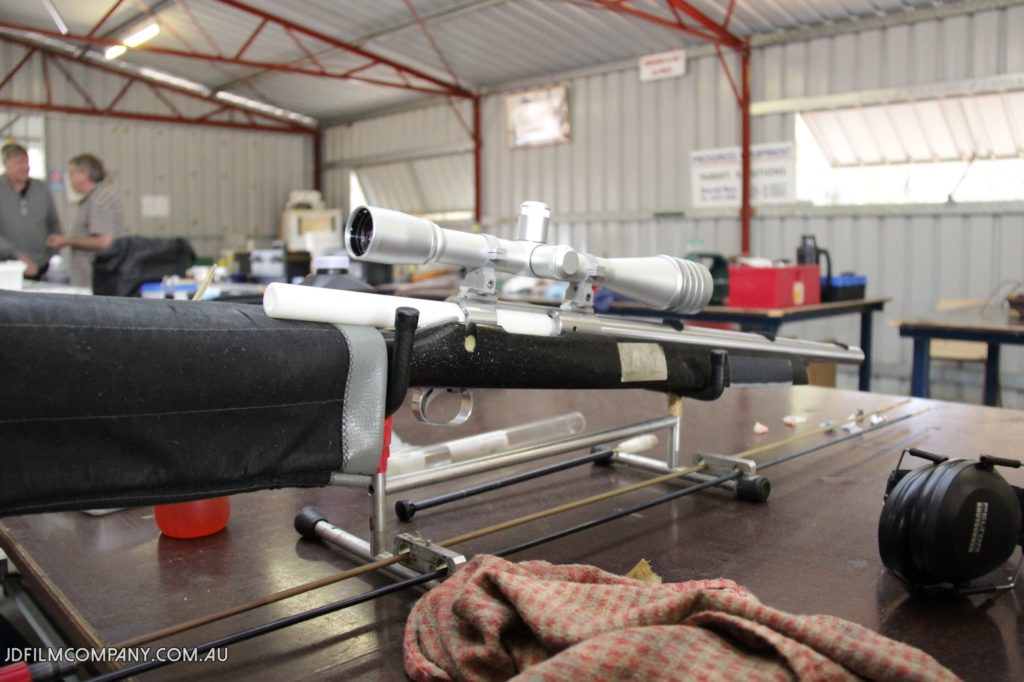 Benchrest is one of the many disciplines within competition shooting and focusses on extreme accuracy. The aim of the sport is to remove the physical element and concentrate on extracting the most from the equipment. The human element is in reading wind and environmental conditions and in tuning the loads and rifle for maximum accuracy.

As with any sport, there are several categories in Benchrest competition. These are primarily based upon the weight of the firearm. All things equal, usually the heavier the firearm the more potential for accuracy. There are four “standard” classes in benchrest:

Rifles are usually custom-made with extreme accuracy in mind. Shooters might use heavy stainless steel barrels, scopes with high power magnification, and handmade stocks of graphite, fiberglass, or carbon fibre. Triggers are usually set to a pull of only a few ounces.

The highly customized nature of the firearms requires a separate set of skills than in conventional marksmanship. Critical assessment of mirage, wind speed and direction, lighting and bullet drift play a major factor in accuracy and ultimately competition success. To accompany the firearms there is a vast array of gadgets, tools and measuring instruments to aid in the pursuit of the elusive perfect score.

Only the most consistent and efficient cartridges can provide the necessary accuracy for benchrest shooting. Initially many options were tried and tested, however the .222 Remington dominated the benchrest world from the mid-1950s until around 1975, until the wildcat 6 mm PPC, based on a modified .220 Russian case (which is in turn a boxer-primed derivative of the military 7.62 x 39 mm), took over as the most accurate cartridge.

Except where extremely rare competition rules stipulate factory-assembled ammunition, benchrest shooting relies exclusively on hand-loaded ammunition, which is user-assembled, round by round, with painstaking precision. Benchrest shooters’ primers, powders and bullets must be of the highest quality available if they are to achieve the shot-to-shot consistency necessary for competitive performances. Most short-range benchrest shooters use precision target grade bullets made by custom bullet makers.

Competition Benchrest matches at Jarrahdale are based upon overall group size (not the traditional scoring rings). The object is to place five (or ten shots, depending upon match type) on a target as close together as possible. Placement in competition is determined by how well each competitor achieves this goal or in other words, how closely the shots are grouped (center to center).

In competitive group shooting at 100–300 yd., shots often land very close together making only one ragged hole in the target, therefore a method for verifying the required number of shots (5 or 10) is used. This consists of a motor driven backing sheet moving behind the targets which will record the number of bullets passing through.

Is there any extra information?